From Invisible Cities, by Italo Calvino:

“The city of Sophronia is made up of two half-cities. In one there is a great roller coaster with its steep humps, the carousel with its chain spokes, the Ferris wheel of spinning cages, the death-ride with the crouching motorcyclists, the big top with the clump of trapezes hanging in the middle. The other half-city is of stone and marble and cement, with the bank, the factories, the palaces, the slaughterhouse, the school, andall the rest. One of the half-cities is permanent, the other is temporary, and when the period of its sojourn is over, they uproot it, dismantle it, and take it off, transplanting it to the vacant lots of another half-city.

And so every year the day comes when the workmen remove the marble pediments, lower the stone walls, the cement pylons, take down the Ministry, the monument, the docks, the petroleum refinery, the hospital, load them on trailers, to follow from stand to stand their annual itinerary. Here remains the half-Sophronia of the shooting-galleries and the carousels, the shout suspended from the cart of the headlong roller coaster, and it begins to count the months, the days it must wait before the caravan returns and a complete life can begin once again.” 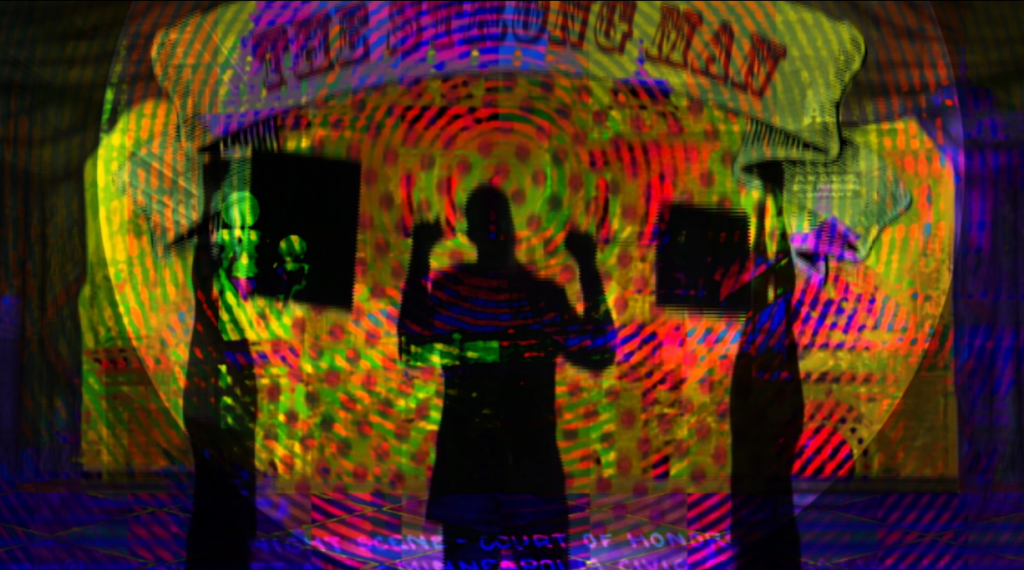 The collaborative project offers both physical and virtual space where participants may spin their own stories of Sophronia. During performances, contribute on Twitter with hashtag #sophroniatwo or click here.