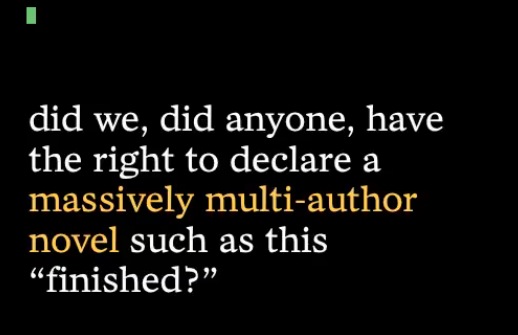 To re-mix the look of the on-line experience ca. 1983 (when I first experimented with it) — that old green-on-black CRT screen — I used simple step-animation in these videos about my early adventures in electronic literature with the group Invisible Seattle. These were exhibited in the juried show “Electronic Literature” at the Modern Language Association Conference 2012 in Seattle, curated by Dene Grigar, Lori Emerson and Kathi Inman Berens.

Invisible Seattle: Notes for a New Medium (1983) from Rob Wittig on Vimeo. 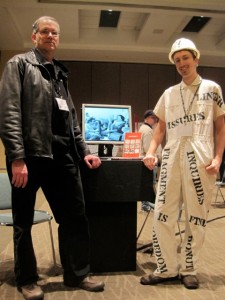