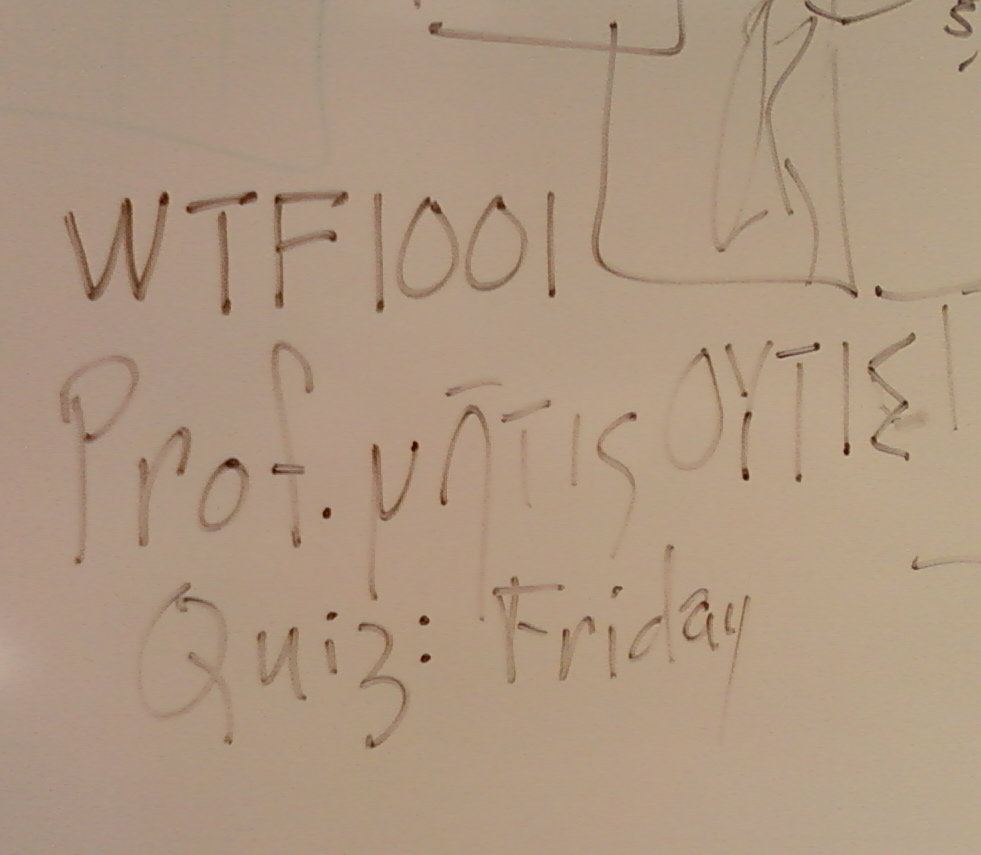 For years I’ve impulsively been leaving fake “lecture notes” on the whiteboards of classrooms with the goal that they be so tantalizing, so confounding, that the viewer must utter out loud “What the **** were they TALKING about?!” I’ve encouraged my upper division graphic design students to join me as an informal underground project.

The fake-lecture-notes impulse is certainly netprov-related, but I’ve only recently thought to begin documenting the project (smacks forehead in reproach) and making it available in digital form.

I’ve begun to think of the fake lecture notes as belonging to a course called WTF1001 (also known as World Trends in Fiction) that takes place in some version of the  “Shadow University” Philip Wohlstetter spoke about years ago in the Invisible Seattle days. The Shadow University is the idea of  a cabal of brilliant unknowns who use vacant classrooms to conduct a university far more interesting, relevant and future-seeking than the everyday university . . . leaving but traces and scraps of their brilliant thought for sharp-eyed contemporary archaeologists to piece together. 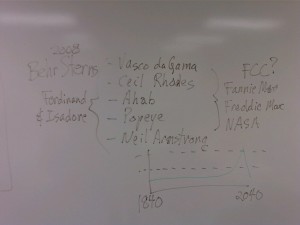 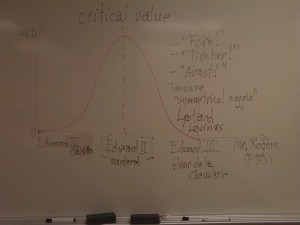 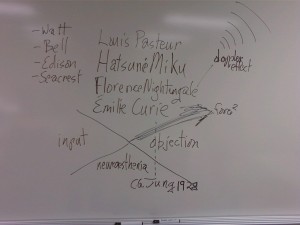 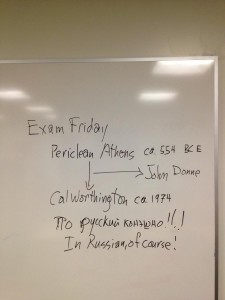 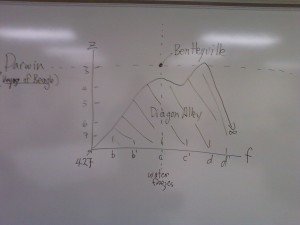 Warning: count(): Parameter must be an array or an object that implements Countable in /home/robwit5/public_html/wp-includes/class-wp-comment-query.php on line 399